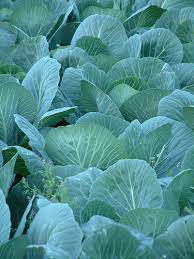 My eldest son asked me the following question earlier this evening: “Ima, why does everyone call Mr. MacGregor a bad guy?” He was, of course, referring to Mr. MacGregor, the nemesis of Peter Rabbit and Benjamin Bunny.
We had a very interesting little conversation after that–about how Peter Rabbit’s father had been killed and eaten by Mr. MacGregor, but also about how the farmer’s actions were justified, given the bunnies’ acts of thievery and trespass. And Peter Rabbit–despite the short coat, shiny brass buttons, and shoes–is nevertheless a rabbit. So long as you’re not Jewish, it is perfectly appropriate to eat our little floppy-eared friends.
Now I find myself contemplating other much-maligned characters in childhood classics. The fish in The Cat in the Hat is much more morally upright than the Cat, but the Cat’s the one who everyone dresses up as for Purim (or Halloween). And what about the wolf who ate the three little pigs? He’s just doing what wolves do…eat other animals.
Recently a whole genre of fairy tale retellings–where the “villain” is frequently exonerated–has developed. Maybe Mr. MacGregor will get to set the record straight, after all.