After reading my earlier posts on STORY, you might think I’m 100% sold on the book. I have to admit that I’m a fan, but I do have some quibbles, largely on the adoption of screenwriting techniques for short story or novel writing.

Differences between writing for readers and for viewers that limit the utility of STORY:

1) (The only one I noticed pointed out by McKee) You may get inside the characters heads and explore their thoughts in literature. This creates a greater intimacy between the narrator and the reader. It also means the conflict can be much more subtle and much more interior.

2) Some readers like descriptive, sensory details that can’t be experienced with film — smell and touch can be better evoked, for example (unless you’re viewing in smell-o-rama).

3) The audience must work harder when reading print–in a good way.

4) When contrasted with other useful literary guides, you see some shortfalls. For example, if you look at Card’s MICE, you’ll find a device that describes a wide variety of genres. Meanwhile, the techniques of STORY really only reply to character and event stories. They have limited application, I think, in certain kind of milieu and idea stories. And some more contemporary or postmodern short stories completely violate the principles of STORY by circumnavigating the issues of plot by foregrounding characters or playing fast and loose with time. The author of an article in Vanity Fair similarly feels the principles of STORY don’t apply well to the horror genre. 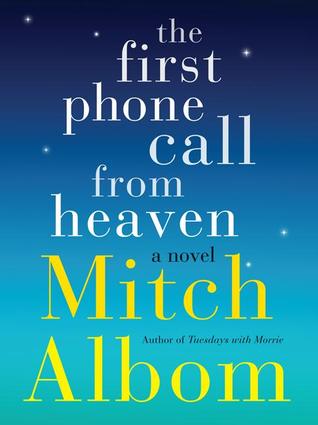 Mitch Albom’s latest book alternates fiction with non-fiction snippets describing the invention of the telephone. He uses this strategy to illuminate certain aspects of the main storyline.

5) The structure of print stories and books is significantly less dependent on a linear narrative than the average film. Not only might they present events out of order, but they may intersperse facts about a particular technology (such as in a McClancy political or military thriller or a Crichton sci-fi thriller) or bits of history (like in Mitch Album’s latest) or even poetic musings.

6) As a few other writers have complained, the method McKee suggests for writing (starting with structure and moving out from that) will work for some, but it is certainly not how every successful writer creates. Even a single writer can write in different ways: sometimes the story just pops in their head after reading a headline, sometimes the character appears first in their head and procedes to tell the writer about their troubles, sometimes a scene is evoked by a sensory experience, not yet tied to any specific plot…Writers should write the way their brains work, not just the way McKee’s brain works.

7) McKee’s techniques to identify the sources of antagonism (by identifying your core value, it’s contrary and contradictory values and the extreme opposite) in a plot has some merit, but I don’t buy into how he labels certain values in each category. I never felt that he had a really nuanced handle on psychology or philosophy in this discussion.

One last problem I have with STORY:

McKee’s excellent book has become too popular in some respects. So many new screenwriters learn from him and adopt the methods he recommends that innovation is stymied. And too much emphasis is on McKee’s tastes. We should make the art we want to make, not the art McKee wants us to make.

Overall, I think the book is a must-read, chock-full of useful ideas. But it is certainly not the end-all, be-all of writing.