As usual, my absence on this blog means I’ve been busy someplace else. While I’ve been getting feedback on the novel I finished a couple months back, and digesting it, I’ve been completing revisions for Menucha Publishing on the novel I wrote for NaNoWriMo. (I’ve also been brainstorming new titles — the working title was unpopular, to say the least.) G-d-willing, that book will be out later this year. And I also revised and created a new cover for my book, Mazal’s Luck Runs Out. I decided the old one wasn’t engaging enough, so I put a girl on the cover who could pass for Mazal looking right at the viewer. I think it makes a big difference. What do you think?

And, of course, there was Purim…and Pesach.

Anyway, I’ve got some goals for the next few months. END_OF_DOCUMENT_TOKEN_TO_BE_REPLACED 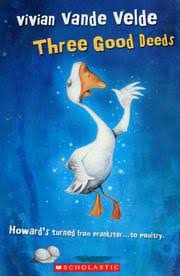 I just read an interesting opinion piece in the New York Times by Claire Needell Hollander, a middle school teacher. Her article explains that while young, inexperienced readers should go ahead and read whatever they want during the summer, so long as they read, maturing readers of 10 years old and up will benefit more from selective reading. Ms. Hollander’s preferred books build “verbal knowledge (an increase in word recognition) and world knowledge (an increase in understanding about the world around them).”

Ms. Hollander believes that middle- and high-schoolers should not self-select their summer reading. She believes that some students do well with the traditional recommended reading list (heavy on literary novels recognized as “classics”), but she prefers to narrow the students’ selection by genre to ensure they are getting the literary diet that will enhance their academic health. Her top picks? High-quality but developmentally appropriate non-fiction. Most revolve on serious moral issues–child soldiers, the bombing of Hiroshima, and the like.

I believe Ms. Hollander when she says that studies have shown that students who read “high quality” material over the summer do better than those who completely self-select. My problem is that this is too short-sighted a goal. We don’t just want successful students who pass tests, we want to make life-long learners who will turn to books for information as well as pleasure through adulthood.

So, yeah, a kid who (her comparison) reads The Hunger Games might in the short term learn less words and information that the kid who reads The Red Badge of Courage. But if the kid who reads The Hunger Games enjoys it and develops a real pleasure in reading, they might read more as a 30 or 40 year old than the kid who read The Red Badge of Courage and gritted his teeth through the whole thing (not because it’s a bad book, but because it was not to his taste). There was a wonderful post on the Nerdy Book Club recently by Sasha Reinhardt about how her low-brow love of The Babysitters’ Club series helped develop her lifelong devotion to books.

And while studies have supported (as mentioned in previous blog posts) that non-fiction appeals to many children who normally don’t identify themselves as book-lovers, the serious tone of the books Ms Hollander lists will turn-off many children. The graphic novels Kampung Boy and American-Born Chinese may not appeal to her, but they certainly introduce serious subjects, geographic detail, and lots of new vocabulary in a format that might appeal to reluctant readers more than Francesco D’Adamo and Ann Leonori’s Iqbal  or John Hersey’s Hiroshima.