While I have not gotten my copies yet (they are in transit, and they arrived in NYC on Thursday), Adina at Her Best is indeed on sale on the Menucha Publisher’s site.

And I just got great feedback on some changes I made to the adult novel I’ve been trying to snag an agent for. (Thanks, Cy and Daniel!) I’m hoping that as soon as all the craziness surrounding the release of Adina is done, I’ll be able to get that query all polished up and out to some more agents.

Monday night and Tuesday, the Jewish community commemorated the 9th of Av, the date associated with the destruction of both Temples, as well as other traumatic events suffered by the our people. Late Monday night, I made an appearance on Jew In The City, Allison Josephs’s outstanding blog about Judaism in the modern world. My post, “A Tisha B’Av of Joy?” described the way my family “celebrated” the 9th of Av last year. You can find my guest post here, if you haven’t read it already. Comments and sharing are appreciated, as always! 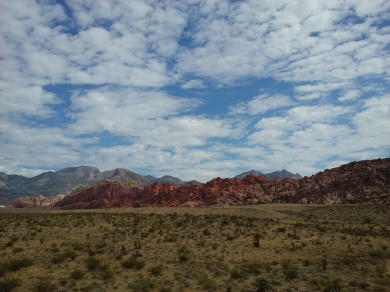 I haven’t gotten much writing done on my “major” projects this summer, but I’ve gotten lots of reading done (like, up to 7 books a week) and have been spending a lot of time with the family. Some of my favorite moments so far this summer: seeing my nonagenarian grandmother; showing the beauty of Red Rock Canyon, Nevada, to my husband; END_OF_DOCUMENT_TOKEN_TO_BE_REPLACED

When someone hears the words “moral fiction,” or “moral art,” a person might wonder how to define morality. According to John Gardner, “moral” does not equal “not too blatantly immoral.” It can’t be simple, and it can’t be forced upon artists. END_OF_DOCUMENT_TOKEN_TO_BE_REPLACED

Okay, really, I’ve been swallowed in pieces. Work is swallowing part of me, and my kids (all home for the summer) are swallowing the rest. There apparently isn’t much left for blogging.

One little bit of nifty news is that I started occasionally guest posting for Jew in the City. My first two posts went up last week and the week before. You can find the first one, “When The ‘Less Religious’ Woman Was Frummer Than Me,” here; and the second one, “A Kiddush Hashem In A Most Unexpected Place,” there.

Between swim lessons and jaunts to local museums, I have editing and writing to do. Thank G-d, have four writing assignments to squeeze in the next few weeks. Between this, that, and the other, I’ll probably be blogging infrequently throughout the summer, but hopefully I’ll be back in good form in the fall.

Last week, my profile of Rabbi Yoel Gold appeared in The Jewish Home – L.A. edition. Rabbi Gold leads Congregation Bais Naftoli here in Los Angeles, and teaches in a local yeshiva high school, but he is also becoming quite well known due to a series of videos he began making last year.

I got a chance to interview Rabbi Gold, and he said several interesting things about storytelling, particularly it’s role in education and how he makes sure his “true stories” are true. He also explains how to identify a “good story” to retell. Check out the interview yourself to see what he said.

My new piece up on Tablet, “The Force Isn’t With Me Anymore,” is about how my lifelong love of Star Wars is clashing with my commitment not to go to the movies. Yes, it is true, this fangirl, the child formerly known in some circles as “Chewbecca,” will not be watching “The Force Awakens.”

Writing the piece was loads of fun: I got to relive many happy minutes of my childhood. In the original draft, I described the scene when I received my beloved Death Star Play Set (from Kenner!) in loving detail, and included all sorts of wacky stuff that I had to cut for length before turning the article into Tablet.

Editing out all that material was painful, and so I give you…

THE TOP 5 THINGS I HAD TO CUT FROM “THE FORCE ISN’T WITH ME ANYMORE:”