I promised a full-length review of Becoming Frum: How Newcomers Learn the Language and Culture of Orthodox Judaism by Sarah Bunin Benor (Rutger’s University Press 2012)  a while back, but I (embarrassing to admit!) lost the book before I completed it! (Yes, I feel guilty.)

Thank G-d, the book re-emerged from the piles on my desk recently, and I finally completed it over the weekend, allowing me to at long-last fulfill my promise to review this book, which recently won the 2013 Sami Rohr Choice Award for Jewish Literature

I first became acquainted with the work of Sarah Bunin Benor when she looked for volunteers to complete an online survey of language use among Jewish Americans several years back. When Becoming Frum came out a year ago, I was even more interested, partly because of my sociolinguistics coursework as part of my graduate-level anthropology program, partly because of my own status as a “BT” (someone who “returned” to Orthodox Jewish observance as an adult).

Within 30 seconds, I decided that I couldn’t and wouldn’t read the book. END_OF_DOCUMENT_TOKEN_TO_BE_REPLACED

Here’s a reminder to jot down all your brilliant and not-so-brilliant ideas into a notebook and then to keep your notebooks around long after you’ve filled them:
Relatives of the Irish author Bram Stoker recently discovered his first journal, kept while he was a university student. While the quality of the writing it contains shows nowhere near the professional skill of Dracula or Stoker’s many short stories, it does reveal that in later life, he went back to the snippets he jotted down in early adulthood to include in his writing. Even if he couldn’t use the material immediately, this journal laid a foundation for future success.
A lot of people walk up to me and say, “I have this really great idea, but I don’t have the time to follow up on it right now.” Or they say, “I had this thing happen to me, but I don’t think I can write about it.”
My answer: JUST JOT DOWN A FEW WORDS. Or draw a picture. Or paste in a magazine clipping or family photo that will jolt your memory at a later date. A journal, notebook, or planner works because these formats are less likely to get lost than the back of an envelope and keep everything together.
Maybe right now you don’t have the skills or time to write your masterpiece. That’s okay if you save the ideas for later in a concrete format. (For foodie types: it’s like keeping a crock of sourdough starter around so you can eventually bake bread.)
For the complete article about Bram Stoker’s journal, follow this link.
http://www.guardian.co.uk/books/2011/oct/18/bram-stoker-notebook-dracula?CMP=twt_fd

Please forgive me for the following. I cannot help myself.

In the middle of this lovely Jewish holiday of Sukkot, I find myself very cranky instead of all smiley-faces. I just received a rejection letter (the second for this particular writing project), but that’s not the thing that upsets me the most. What upsets me the most is that there are so few options left for me on this project.
I am an author. I am a first-rate doodler, but I am not an illustrator. And because of that, many publishers and agents don’t even want to hear from me. Many, if not most, have closed their doors to unsolicited picture book manuscripts that are submitted without illustrations attached.
There are some wonderful author-illustrators out there. But even many famous ones write books not illustrated by themselves (Mo Willems, Rosemary Wells, and Kevin Henkes, for example), and there are also examples of books that would have been better if the publisher had given the writing and illustrating jobs to separate people (I refuse to name names, as this would be hurtful). Outstanding words rarely come from outstanding graphic artists. Many wonderful authors would never be heard from if they had to prove their drawing chops just to get a book deal.
Maybe an editor or agent can explain this trend to me, but right now I’m busy having a pity party. Try me some other time.

When you actually make it to regular pediatrician visits for all your kids–and you’ve got a few kids–you spend a lot of time with the aforementioned pediatrician. So you shmooze. Over the last couple years, part of our shmooze has been on the topic of his son-in-law’s picture book.
It came out not too long ago, and I have to recommend it, not only is it by a friend of a friend (so to speak), it’s by a local author and actually very worthy of a recommendation. Max Kornell’s Bear with Me is quite a charming book and got lots of giggles out of my kids.
A little boy’s parents bring home someone new to live with them. Someone who takes up a lot of his parents’ attention. Someone who tampers with his belongings and makes him lose sleep at night. Sound familiar? However, this little boy didn’t get a new baby…he got a new bear.
While some of the reviews I’ve read recommend this book for children with new siblings, I think it would be even better for kids with an ADOPTED sibling on the way. Here’s why: the little boy and the new bear are able to enjoy each other’s company rather quickly. It can take a while before newborns are entertaining and engaging. This would probably be good to discuss before a new baby comes home, otherwise your elder children might be disgusted by the family’s new addition.

Other than that little picky point, I highly recommend this funny little book for kids, ages 3-7. 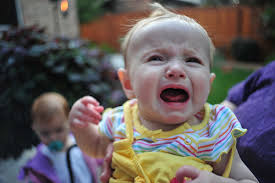